MooseTape is an album to remember for countless reasons. In addition to the records it broke, we got to see a different side of Sidhu Moosewala, the side that he had never revealed. We got to see Sidhu in his most poetic self in the song ‘Regret’. Many music listeners consider it to be one of the best tracks of the album. But do you know this song was indirectly inspired from the legendary Nusrat Fateh Ali Khan?

Nusrat Fateh Ali Khan is considered to be the greatest qawwali singer of all-time and the man who introduced sufi devotional music to the international audience and hence gained worldwide recognition. A song named ‘Chhoti Umre’ from the album ‘Ishq De Charkhe’ by Ali brothers was inspired from the legendary Nusrat Fateh Ali Khan’s ‘Vigar Gai Ae Thore Dina Ton’.

The song ‘Chhoti Umre’ was released almost 7 years ago on Speed Records’ official Youtube channel. An inspiration from one of the greatest singers of all time, the song was destined to live in the hearts of people forever, just like NFAK’s ‘Vigar Gai Ae Thore Dina Ton’. And to our surprise, Sidhu Moosewala’s Regret is inspired from ‘Chhoti Umre’.

No doubt the song ‘Regret’ feels like a melody to everyone’s ears. It is one of the few songs that feel beautiful in the first listen itself. After all it was inspired from a track that was in turn inspired by a song by the “Shahenshah-e-Qawwali” (the King of Kings of Qawwali).

Those who are a fan of the art of sufism and qawwali music, know what it can do to a person’s soul. It is by far one of the most soulful genres of music. Sidhu rightly says in the end of the song ‘Regret’ that He’s transformed into a poet. It will always remain a mystery what makes music one of the most powerful forces of the world, but songs like ‘Regret’ will always keep living in the audience’s hearts. 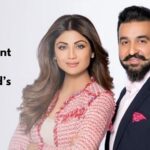 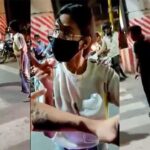