ZEE Hindustan recently aired a doctored video of former Congress president Rahul Gandhi, claiming that Mr. Gandhi has said that the Udaipur accused are kids. This video went viral on social media and a lot of BJP leaders critized Rahul Gandhi. Later on, a lot of fact checking journalists and Congress leaders released the full video which portrays a completely different story.

The video aired by ZEE Hindustan, was originally a statement of Rahul Gandhi on the vandalisation of his office in Kerala’s Wayanad, his Lok Sabha constituency. When asked about the people behind the incident, Rahul said that he has no anger or hate against them, they are all kids, they didn’t know what would be the consequences of their act.

This was what he told the media personnel in the Wayanad incident, but ZEE News aired this video, claiming it to be Rahul’s statement on the accused of the Udaipur incident. Though later on ZEE News removed the post and apologized, Congress national spokesperson Pawan Khera on Monday, said that a FIR has been lodged against news anchor Rohit Ranjan.

As per Pawan Khera, the FIRs have been registered in Chhattisgarh, Jharkhand, Madhya Pradesh, Rajasthan, Uttar Pradesh, and Delhi in connection with the doctored clip. In the recent developments, on Tuesday morning, today, the Chhattisgarh police arrived at Rohit Ranjan’s residence and arrested him.

The FIRs have also been registered against some BJP leaders who shared the doctored clip and criticized Rahul Gandhi, including senior BJP leader and MP Rajyavardhan Rathore from Rajasthan. Now it’s interesting to see how the investigation further goes on. 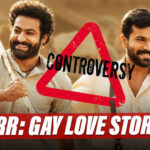 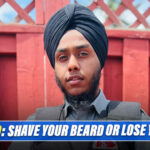