Union minister and BJP stalwart Nitin Gadkari’s assertion that “India is indebted to former prime minister Narendra Modi for economic reforms,” has been viral across the social media. Notably, Union Minister Nitin Gadkari, on November 8, stated that India needs a liberal economic strategy in order to serve the country’s poor citizens. He made this assertion in an award function organised by TaxIndiaonline.

While addressing the TIOL awards 2022, Mr. Gadkari said that the country remains indebted to former prime minister Narendra Modi for his economic reforms. Additionally, union minister Gadkari praised the economic reforms brought in by former PM Dr. Manmohan Singh in 1991 when he was the finance minister under PM P.V. Narasimha Rao’s cabinet.

Former PM Dr. Manmohan Singh has been awarded with the TIOL Fiscal Heritage Award 2022. Remembering the old times, union minister Nitin Gadkari said that when he was a minister in the Maharashtra government in mid 1990s, he successfully raised money to build roads due to the economic reforms introduced by the then finance minister Dr. Manmohan Singh.

Speaking at the same event, former prime minister Dr. Manmohan Singh said that the country will keep rising and show the entire world the way ahead with a mixture of tradition and modernity. He added that the new generation is aspirational and has been forcing the government to perform better and have transparency. Furthermore, he even remembered his tenure as a finance minister in Narsimha Rao’s cabinet.

Moreover, he remembered the days when he entered the political space and the ongoing economic crisis at that time. Likewise, he even mentioned how he and the then PM PV Narasimha Rao took some strong decisions for economic growth. Notably, the economic model of Narsimha Rao and Dr. Manmohan Singh had been seen as a role model for various governments and leaders. 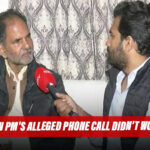 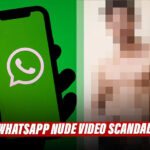