It’s not only our life which is on halt because of COVID 19 but our entertainment industry too suffered a lot. Big projects backed by top production houses were stalled too. In a insta live session Punjabi singer Gagan kokri who is currently in his hometown at Kokri Kalan, Moga in the state of Punjab, shared that along with his other projects a movie named “Loha Singh” which was to be shot in Canada and shoot was to be started from 15th April onwards is stalled too.

Singer added Loha Singh is a modern Punjabi film of a strong character named Loha Singh who goes to Canada and is linked to the drug mafia. The film features Yograj Singh and the story is by Raj Jhinjer. Another film (Title not disclosed yet) was to be started in June which again is a biopic and was to be shot in Australia.

Celebrated singer Gagan Kokri is known to be singing very clean songs, has songs lined up for release. We might see him dropping a song named “ROLEX” anytime on youtube.

Gagan also shared that he is making his dream home in his hometown because he feels parents need more of his time and busy routine is simply not enough for aging parents. The dream home would be a lavish one equipped with all facilities he used to enjoy back in Australia.

Speaking on the Ranjit Bawa controversy he was very clear that nothing is wrong in the lyrics and personally loves Bir Singh who didn’t apologize like Ranjit Bawa and appreciates his faith in lyrics.

Gagan when asked about Bygbird and Sidhu Moosewala controversy he said in our world nothing is permanent so you don’t know if they patch up after some time and people would be again dancing to their tunes. Moreover, he stressed that in any collaboration it’s always teamwork and everyone has their important role to play.

Gagan Kokri is an Australian national and is stuck in India since January and wishes to fly back as soon as authorities allow but on the time like every other person, he is afraid of catching COVID in flight so he is willing to wait a few days more.

We wish Gagan Kokri, best of luck for his upcoming ventures, and wish to see an elaborated home tour once it’s ready. 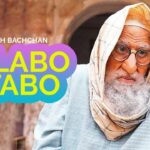 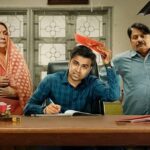