The eyes of every action lover in the town were set on the release of Gippy Grewal’s Warning. It was earlier planned to release as a web series, and two of its episodes were already out until it was announced that it will be later released as a movie. The well-known director Amar Hundal who has proved his skills in making action movies like Saab Bahadar and Toofan Singh has directed Warning, which is written and produced by Gippy Grewal.

And before we start reviewing the movie, you must ask yourself a question: what is the title; ‘Warning’ suggesting you? If it’s making you expect thrill, drama and action in the movie, you will leave the theatres more than satisfied. As the title of the review suggests, the storyline of Warning is based on the revengeful rivalry of two goons; Shinda and Pamma played by Dheeraj Kumar and Prince Kanwaljit. And these two are the actors who stood out not only because of their strong characters but also due to their amazing acting skills. These two antagonists of the story are the two heroes of the movie who made sure that they are doing justice to the expectations of their fans. Talking about the supporting characters, the movie features supremely talented actors like Ashish Duggal, Aman Kotish, Mahabir Bhullar, Bharti Dutt and more did excellent jobs as well. And if you’re waiting for us to talk about the most awaited character of Gippy Grewal, the countdown stops here. Gippy Grewal will be seen playing an extremely strong character of Gejja who is a serial killer with a history of more than 400 murders. But the makers also made sure that Gejja’s Character teases the audience and leaves them longing for more. But all you’ll get to see about Gippy Grewal is just a couple of scenes.

Now talking about the theme of the movie, it is based on the personal rivalry of two groups of goons which is continued till the ending. It includes a lot of crime drama which is wrapped around murders, bloodshed, violence, betrayal and revenge. So if you’re a person who has a special place reserved in your heart dedicated to crime dramas, you have enough reasons to consider this movie as a must watch.

And other than appreciating the efforts of the writer Grewal and the show stealer actors, we must highlight the super cool background score of the movie which kept the audience entertained and excited throughout the movie.

Overall, the movie is to the point, crisp and avoids unnecessarily exaggerated drama. But if we compare it with the two episodes which were released earlier, unfortunately we have to mention that the movie might disappoint you a bit. Because the episodes have been combined and turned into the first interval of the movie. So if you have watched the episodes already, you’ll have to rewatch them to know what exactly happens next. But if you are someone who missed watching those episodes, you’re on the safe side.

Also, we are happy that the makers decided to release it as a movie, because it was divided into episodes and released as a web series; it’d probably be extended.

So to conclude the review, we can say this without any second thoughts that Warning is a movie which is going to be a great entertainer for the people who love Lights-Camera-Action, Crime & Drama.

PS: Since Gippy Grewal’s character has been introduced in the climax and the approaching ending of the movie, the makers have officially hinted towards the sequel of Warning. 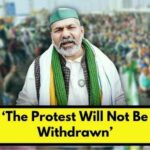 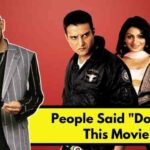