It is an extremely proud moment for the entire Sikh community that Gurjiwan Singh Chahal has graduated from the very popular West Point Military Academy in America.

He shared his achievement and feelings in a recent tweet. And also shared some captured moments from his graduation ceremony.

He wrote,
“An upgrade 4 years in the making.
Proud and more importantly, humbled, to have graduated from the United States Military Academy and commissioned as a Second Lieutenant in the United States Army.
Thanks to @simmer_singh1 for administering my oath.
Go Army, Beat Navy forever”

In reply to this tweet, a Twitter user curiously asked Gurjiwan about the traditional head dressing. And to this Gurjiwam replied to him by informing the fact that ‘turban was officially added to the 2019 version of AR- 670- 1 and has been there ever since.’

The official Instagram page of Sikh expo also shared the good news with people. They shared the information and achievement of the excellent cadet.

While sharing his picture from the Michie Stadium as a member of the Sikh faith, they also revealed the fact that Girjiwan Singh is one of the first two Sikhs ever to hold onto their Sikh articles of faith while graduating in the prestigious military academy’s 215-year-old history.

The information about another graduated cadet isn’t available because of his request of keeping his privacy maintained due to his military career path forward.

Team Kiddaan is extremely proud of both the cadets and we are sure they have motivated many out there. 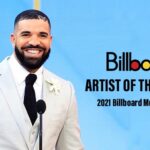