Punjabi model Swaalina, who has been featuring in various Punjabi music videos has also set a mark in singing debut. She is known for her amazing dancing skills and incredible looks. And today the actress has shared some great news on her social media account.

Popular model Swaalina signed for Bantai Records which is owned by Emiway Bantai. Along with her, MTV Splitsvilla 13 fame and rapper Loka has also signed to Bantai Records.

Sharing the news, she wrote ‘it’s official, let’s go’. In her post she tagged Bantai Records and musician Loka.

Not only the two of them but a whole table of artists actually joined the record label. The list of nine artists who officially joined Bantai Records as per Emiway’s Instagram post on June 25, 2021.

Moreover, she has already worked with Emiway Bantai, in some songs like ‘Firse Machayenge’, ‘Machayenge 3’ and has also directed the song ‘Malum Hai na’ which was also sung by the independent rapper.

She has featured in many of his rap songs. They both share an amazing chemistry that we have enjoyed in their previous tracks as well.

Meanwhile, she was recently seen in Gippy Grewal’s peppy beat number ‘Jadon Nachdi Tu’ which has garnered much love from the audience. 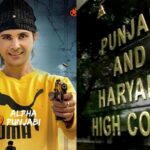 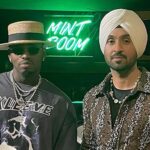