Haryanvi singer Raju Punjabi and Boy Zaildar are again teaming up for their upcoming song ‘Desi Boys’. Along with both the artists, the song will be Aaraju Dhillon. The team of Desi Boys shares the news on their respective social media handle along with the first look poster. Raju Punjabi and Boy Zaildar had earlier collaborated for songs like Trend, Nakhre Aali which was loved by the audience. So, it is clear that together they perform as a strong team and always impress their fans.

Speaking of the poster, it features both the singers and reveals the further song details. The song will be released on 23 September.

Coming to the credits, Raju Punjabi not only gives his vocals to the songs but music too. Further, the song has been penned by RK Lahri. The video is directed by Naresh Kaka. Also, the song will be presented under the T-Series label.

Also, if you are not aware about singer Raju Punjabi, he has a massive fan following in Haryana. There are many songs like ‘Desi Desi Na Bolya Kar’, ‘Laad Piya Ke’, ‘Tu Cheez Lajawaab’ to Raju’s credit which are big hits on YouTube. His latest song Sad Reels is creating a ruckus on YouTube in which Raju is winning the hearts of his fans with his  amazing voice.

Whereas Boy Zaildar has sung songs like Teri Meri Jodi, Badle Halat and many more which crosses millions of views on youtube.

Now, the artist’s fans are waiting for the song to release as the releasing date is round the corner. 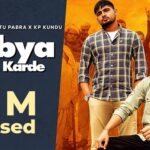 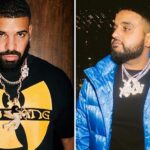