Punjabi singer and songwriter Arjan Dhillon has been making headlines, due to his remarkable writing and singing skills, since his debut in the Punjabi music industry. Once again, the artist is the talk of the town, but this time his artistery is not the reason behind it. Arjan Dhillon’s real name has become a big dilemma for the people. Lately, a very common name, “Hardeep Khan” started trending on Facebook searches.

On opening the profile, it would take you to the official account of Punjabi singer, Arjan Dhillon. At the same time, a photo went viral on social media, which showed “Hardeep Khan” changing his profile picture on Facebook, almost 8 years ago in 2013, and the uploaded photo was of Punjabi singer Arjan Dhillon.

Apparently, when the issue started taking off, Arjan changed the profile name from Hardeep Khan to Arjan Dhillon. But the issue had gained fire already. Interestingly, the comment section of the old posts on the profile also hinted at something suspicious. The comments referred to Arjan Dhillon as “Khaan Saab”, “Bhadaur Waala Khan”.

The old video clips of the artist too pointed at the same. Arjan Dhillon frequently calls himself “Bhadaur Waala Khan”. The old artwork of the artist, about 7-8 years old, showed songs sung by Arjan being referred to as being sung by “Hardeep Khan”.

Though the issue has become the hottest topic in the industry right now, there’s no confirmation about Arjan Dhillon changing his name from Hardeep Khan. There is no clarification by the artist either. What do you guys think, whether Arjan really changed his name, or all of it is just a misunderstanding? 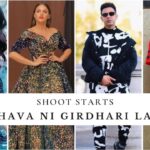 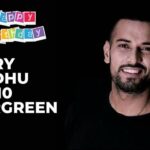