From struggling on the streets to major stage shows, famous singer Kaka has seen it all. His magical lyrical, smooth compositions, and melodious voice drives the entire Punjabi audience to another musical planet.

The multi-talented artist does everything from penning to composing, and from singing to enacting in his song video. Kaka deserves kudos for managing it all single-handedly and being able to pull huge success in such a short span of time.

Some of Kaka’s songs are very old, which are yet to be released. The first song that came out from his pen is also not released till now, and there are plans to release it. In an interview, Kaka revealed what takes him so long to release his song. He stated that He has a very small song-bank and he writes on a limited basis. Sometimes, he does not write anything even for six months, after that he feels restless that maybe he forgot his work. On the contrary, there are days when he pens 2-7 songs in a single day only.

While talking about a song’s journey from pen to platform, kaka said, “I take much time to release songs, because I give my best while composing my songs. Comparatively, I have more interest in composing songs than penning them. If I get a fresh composition every passing day, writing may become easier for me. It’s tougher to compose than to write. Composing songs is like making an invention.”

No matter how long it takes to release songs, Kaka never fails to astonish his audience with amazing tracks. The compassion of his fans could be seen in the comment sections of his social media handles. 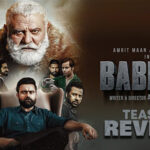 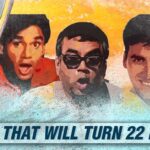