The assembly elections in Himachal Pradesh are to be held in November this year, but the political parties have already started preparing for the upcoming polls. As announced by the Aam Aadmi Party Himachal unit, Delhi CM Arvind Kejriwal and Punjab CM Bhagwant Mann will hold a “Tiranga” march in Kullu on June 25.

This is for the first time that the Aam Aadmi Party is actively campaigning and preparing for the assembly polls in Himachal. Recently, the party even launched its #SelfieWithSchool campaign to target the Jairam government of Himachal on miserable conditions of the state government schools.

Now today, the AAP’s state leadership, workers and supporters will be gathering in Kullu to participate in the party’s Tiranga march.

Though, till now, there has been a trend of changing the Himachal government every five years. But, this time, as the major face of the Congress party – former CM late Virbhadra Singh is no more, the party is facing a face crisis and hasn’t declared its CM candidate yet.

On the other hand, the BJP has already announced to jump in the political battle with current CM Jairam Thakur’s face. There has been dissatisfaction amongst the people with the current regime, which was reflected in the Mandi Lok Sabha and 3 assembly by-elections held recently, where the BJP faced a humiliating defeat and the Congress party was able to secure victory.

However, after winning in Punjab, the Aam Aadmi Party is eyeing on its neighbouring state Himachal Pradesh for the upcoming assembly elections which are to be held in November this year.Today Tiranga march of the AAP will start from Kullu in presence of party convenor and Delhi CM Arvind Kejriwal and Punjab CM Bhagwant Mann. 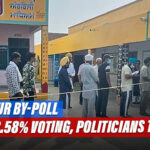 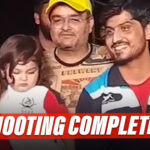