The assembly elections in Himachal Pradesh are to be held in November/December this year, but the political parties have started preparing for the polls, months before the elections. This time, the AAP is also highly active in Gujarat as well as Himachal Pradesh, in order to expand itself in the states other than Delhi and Punjab. Even the party contested in UP, Goa and Uttarakhand in the recent assembly elections.

In the series of election campaigns, today, Delhi CM Arvind Kejriwal and Punjab CM Bhagwant Mann reached Hamirpur in Himachal Pradesh for the “Shiksha Samvad” program of the AAP, where both CMs interacted with the public, especially the youth.

While addressing the public, CM Bhagwant Mann lashed out at BJP and Congress. Mann said, “The Britishers enslaved us for 200 years, but the Congress and BJP gave us slavery in the installment of 5-5 years. But it’s not the public’s fault as they didn’t have any option.”

On the other hand, Delhi CM Arvind Kejriwal slammed the Himachal govt on bad conditions of the government schools in the state, and challenged the Congress and BJP to contest on the issue of education and employment. Along with both the CMs, the state leadership of the AAP was also present on the occasion.

Delhi CM Kejriwal, while comparing the government schools of Delhi with Himachal, slammed the Jairam govt, accusing it for pushing the future of over 8 lakh students in the dark. This was seen as a big electoral rally of the Aam Aadmi Party before the upcoming assembly elections in Himachal. The assembly elections will be held in November this year, and for the first time, the Aam Aadmi Party is also actively contesting in Himachal Pradesh, emerging an a third option apart from the Congress party and BJP. 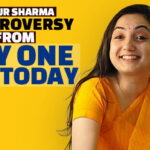 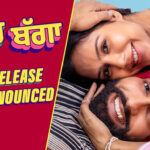