Model and Actress Himanshi Khurana is undoubtedly one of the most popular and loved artists of Punjabi Industry. She gained more popularity after her participation in Bigg Boss season 13. And recently the actress planned an Questions and Answers aka QNA Session on Instagram in which she interacted with her fans.

The fans took the benefit of the opportunity and asked the actress many questions about her upcoming projects, plans, makeup artist and many more. Himanshi chose to answer some specific questions and shared the replies on her Instagram stories. One fan asked her to share her views about Nimrat Khaira, to which Himanshi replied by writing ‘Most Decent Simple…. Respected Artist’. Another fan shared a funny thing about Himanshi and told her that his girlfriends gets angry when he comments on Himanshi’s pictures, to this, the beautiful actress replied by writing ‘Bolo Lar Na Didi Aa Meri’ which means ‘Ask her Don’t fight, she is my elder sister’.

One fan tried to flirt with Himanshi and asked her the meaning of 143, which is popularly known to denote I Love You, and Himanshi replied to him with a savage answer, as she wrote ‘ Ik Sau Trtali’.

But it’s said that when you’re popular, you usually have to deal with haters and trolls as well. Hence, there were some questions that Himanshi didn’t like well and slammed the questioners with befitting replies. A user asked her to get married, and to this Himanshi replied ‘Kyu Kanya Daan Krna Tu C?’, another one asked her a disgusting question that why does she keeps trans-genders with her, pointing the question on Himanshi’s makeup artist, this really angered Himanshi and she slammed the troll with a very genuine and befitting reply. She wrote,

In reply to other questions, she also revealed her real age i.e. 29, her future plans, her dancing skills and much more. Check out the thread of her Instagram QNA Session below. 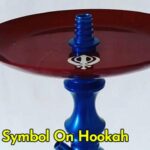 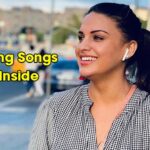