We all have jammed to the song ‘Jaguar’ by Sukh E and Bohemia’s rap is just the best thing about the song. It was undoubtedly the biggest hit of its time and is still played in parties, cars, clubs and whenever a band of friends gets together. Do you know how Sukh E met Bohemia and convinced him to create the song Jaguar?

Bohemia, along with his brother Yogesh, were actually enjoying his delicious fish at a foreign restaurant when a young boy named Sukh E approached Bohemia and told him that he has a song for him. He sang the chorus of the song and initially, was very nervous. He was afraid that Bohemia would lecture him on the type of lyrics he’s written. Sukh E’s companions who were present at the scene asked Sukh E to sing ‘those songs’, the meaningful ones.

It was all coincidence and luck that those same days, Bohemia’s crew was also convincing him to do some mainstream tracks, just like Bohemia’s Ik Tera Pyar. So when Sukh E sang Jaguar in front of him, Bohemia immediately agreed to do it. Sukh E asked the artist if he could book a studio, and at the same time, booked a studio called ‘Desi Beats Factory’. Bohemia didn’t know but Sukh E had booked the studio for the same evening.

While the group was having their lunch and getting along with their friends, Sukh E asked Bohemia to get in the van and come to the studio with him. The whole team hopped on the van and Bohemia asked them to give him pen-paper.

All of a sudden, the team started playing the song in the backseat of the van, and Sukh E started singing along. And with the same suddenness, it became quiet after some time. But Bohemia insisted they keep talking with him as it would instill thoughts in him to write lyrics.

Then, Sukh E and his team witnessed a complete master at work, a fighter with his weapon, a lyricist with his pen! Bohemia created his whole verse inspired by just the chat with the team. And this was how Bohemia’s memorable verse was created and one of the biggest tracks in Punjabi music was created!

Watch this video to know how Bohemia wrote his verse just from casual chats with the team: 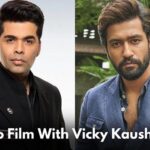 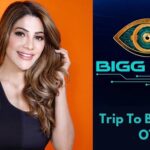