Amrinder Gill who is one of the most popular and loved Punjabi folk singers and actors in the Punjabi Industry, has reportedly landed back in India. Reports also say that he is currently in quarantine.

As the farmer protests are going all around the globe, and receiving support from various celebrities. It is to be believed that Amrinder Gill will also be reaching Delhi at the protest site whenever he gets out of the Quarantine.

Lately, he had also released a song titled, ‘Soorjan Wale’  ft. Ammy Virk and Nimrat Khaira” in support of the farmers which was a massive hit and was appreciated a lot by fellow industry singers. He has also been seen supporting farmers by sharing various posts on his social media handles.

Now if he personally joins the protest, it will prove to be a strong back for the farmers for sure. 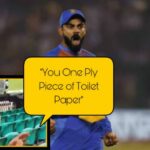 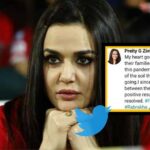