Multi starrer film Shava Ni Girdhari Lal which will be released on 17 December will positively set a benchmark as it features many female actors. The trailer has really thrilled the audience and it seems like the cast and crew are all excited for the film to hit the silver screen. But prior to the release date of the film, one of the artists from the film seems to be upset with the makers.

We are talking about Surilie Gautam, who has been playing a pivotal role in the film opposite Gippy Grewal shared a post on 16 December which she has deleted now. In the post, she wrote about the movie, that though it’s not worth watching but she has learned a lot. She says such teachings and experiences help us to make better decisions and choices in life.

The actress has confused everyone with the post. Whether she is angry with makers or Gippy Grewal or the movie, it is yet not clear but she has dropped various hints to show her grief. She further wrote, ‘Hard work and Honesty are sometimes underrated virtues but you always upheld them with grit, honor and class, Surilie’. ‘When God opens the door, no one can close it’. Further, she wishes good luck to the stars of the film.

As Surilie has deleted the post, so it is confirmed whom she is pointing out in her post. Further speaking of the film’s story, Gippy Grewal recently said, they are confident that their film Shava Ni Girdhari Lal will make everyone go through all the emotions. As the film is releasing today on 17 December, fans are really excited to see this unique multi starrer film of Gippy Grewal. 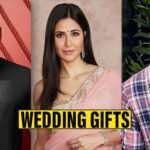 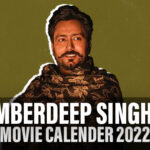