Both Sidhu Moosewala and Sunny Malton are two of the most popular and talked about celebrities of the Punjabi Music Industry. But their names were usually involved in a controversy with each other. They have worked together as Brown Boys but later they faced a big split which not only affected them but left the Industry and fans surprised too.

After their break-up, they were usually in highlights after releasing statements against each other. But this time it looks like the tables have turned. Sunny Malton appeared in an interview with BBC Sounds. In the interview, he talked about his beef with Sidhu Moosewala and Byg Byrd.

He revealed that he had a conversation with Sidhu Moosewala almost three weeks ago when he texted him an apology and felt sorry for whatever happened, and in response to that Sidhu accepted the apology and things between them sorted out. He expressed how he feels the bond he shared with Sidhu is no less like of brothers. He said, ‘Even if we fought, we fought like brothers.’

In the interview, Sunny also spoke about the possible reunion of Brown Boys and called Sidhu Moosewala his favorite artist. This is not the first time when Sunny has talked about sorting things with Sidhu and their bond.

As soon as the interview was released, Sidhu Moosewala also shared a beautiful picture on his Instagram story which spread the message of ‘Sarbat Da Bhala’.

The fans are super excited to know more about this duo as it looks like things are sorting out well. You can check out the interview here, 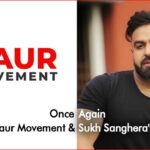 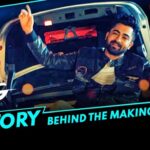