Punjabi singer Harnoor who is popularly known for superhit songs like Waalian, Moonlight and Chan Vekhya is about to release his new song super soon. The song will be titled ‘It’s All Done’. He enjoys a good fan following and the fans really love his soft vocals in romantic songs. Hence, the excitement for his new song is quite visible on social media.

Harnoor shared the poster of his upcoming song and expressed that this song is very close to his heart. The poster looks good enough and the dark shades of red, yellow and shadows are enough to describe that the song is going to be a sad romantic song.

With this, Harnoor’s caption also reveals that the song is going to make fans cry as he wrote ‘y’ll get ready to cry’.

Talking about more details of the song, the poster has revealed that the song is penned by Ilam, music by Yeah Proof and produced by Navjot Pandher. The song will be released under the label of Jattlife Studios. And its music video is directed by Rubbal GTR.

It’s All Done will feature Katie Batres opposite Harnoor and we wish he had also revealed the release date of the song.

Since no exact release date has been announced, the fans are excited not only for the song but also wishing to get to listen to the song real soon. 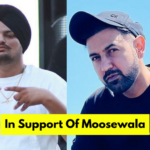 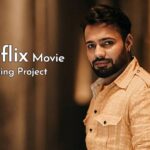