After the success of song Leke Pehla Pehla Pyar from movie ‘Kya Meri Sonam Gupta Bewafa hai?’, Punjabi singer Jassie Gill is all set to hook his audience with his upcoming album. The title of the album is ‘All Rounder’. And we can surely say that Jassie Gill will hit the music charts and set the trends again like before. His album Batchmate and Replay broke records and created  hysteria among fans.

The songs of Batchmate and Replay steal the heart of his fans. Coming back to his upcoming album, the first song from ‘All Rounder’ will be released on 28 October, 2021 on his official YouTube channel. Further many ace lyricists will be collaborating in the album as the singer has tagged them in the caption. These lyricists are Kaptaan, Raj Fatehpuria, Rav Hanjra, Machhrai Gill, Rony Ajnali and Ashu Sidhu. Jassie Gill has shared the poster on social media and contributed his happiness among his fans.

Further, music will be given by Preet Romana, Sunny Vik, Ronn Sandhu. Moreover, the release date of other songs from the album is yet not disclosed. But we are looking forward to listening to the first song from the album. 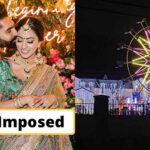 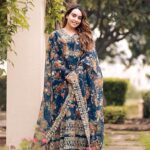