Jazzy B, the Punjabi music industry’s legendary singer, has again given us a hit song with the release of “Soorma 2” on January 23rd, 2023. The song is from the album “BORN READY” by Jazzy B x Aman Hayer x Dr. Zeus.

One of the most iconic songs in Punjabi music history, “Soorma,” was first released in 2003 and became an instant hit. It was a song that defined an era and set a benchmark in the Punjabi music industry. Now, 20 years later, Jazzy B has gifted his fans with the sequel of this epic song, and it’s already taking the music industry by storm.

Jazzy B’s contributions to the Punjabi music industry are numerous, with hit songs like “Naag,” “Dil Lutiya,” and the original “Soorma,” solidifying his place as a true legend in the Punjabi industry. With “Soorma 2,” Jazzy B has once again proved why he is considered one of the best in the business. The song blends Jazzy B’s signature high-energy beats and catchy lyrics, making it the perfect party anthem.

The release of “Soorma 2” was highly anticipated by fans, and it’s finally here. The song is a perfect continuation of the original, with a fresh sound and new lyrics, but still keeping the essence of the original song. The song was written by Jandu Littranwala and starred Tarsem Jassar. The music has been produced by Aman Hayer and Dr. Zeus, who have done an incredible job of creating a fresh yet familiar sound.

In conclusion, Jazzy B’s new song “Soorma 2” is a must-listen for any fan of Punjabi music. Its high-energy beats and catchy lyrics will become a staple at parties and gatherings. Jazzy B has once again proved that he is a true legend in the Punjabi music industry and continues to deliver hit after hit.

The release of “Soorma 2” after 20 years of the original is a testament to Jazzy B’s longevity and relevance in the industry. He has given us a song that will be remembered for generations and will continue to be a part of Punjabi music’s rich history. 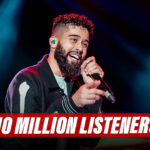 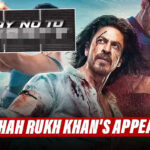