We were impressed with the unusual theme of the movie when the trailer of Jinne Jamme Sare Nikamme released. Not only was it amazing but also appealing. And now the movie is out too. Jinne Jamme Saare Nikamme has experienced an OTT release, as the movie has been released on Zee5.

When we talk about a Punjabi movie, the one thing that strikes our head is comedy. And that’s because Punjabi Industry is good with it, but that doesn’t prove that Punjabi Cinema is not bold enough to try other genres. The recently released Jinne Jamme Saare Nikamme is a proof of the same. The story of the movie contains a beautiful social message which expresses how important it is to cater your parents with the same amount of love that they have been showering on us.

It stars the superhit duo of on-screen father-son Jaswinder Bhalla and Binnu Dhillon who have impressed the fans in various movies. Apart from them, the movie also stars actors like Seema Kaushal, Pukhraj Bhalla, Maninder Singh and Armaan Anmol. The movie is basically the story of an elderly couple played by Sr. Bhalla and Seema Kaushal, who are parents to four sons, but despite the mentioned fact, they are lonely and feel left out.

And the story revolves around how the couple plans to conceive their fifth child and wish to have a daughter this time. And meanwhile, their four sons try their best to make sure their parents get no private time to spend with each other, because this is the only way they can avoid the welcome of their fifth sibling. And whether or not their plans happen to be successful is exactly what you have to watch the movie for.

And as expected, the movie highlights various moments in which the parents have to face the ups and downs alone, and the kids are usually unaware of the same. Till now, you must have figured out that the story of this movie seems quite similar to the Bollywood movie ‘Badhaai Ho’ which stars Ayushmann Khurrana, Neena Gupta and Gajrao Rao. And to unveil a little secret, let’s tell you that this movie might not, but the decision of the lead couple to get pregnant once again is surely inspired by the movie.  Apart from this, there is another Bollywood movie, whose concept can be compared with this Punjabi entertainer and that is Baghban. Just like it, this movie also focuses on the emotional breakdown of parents when their kids grow up and turn out to be extremely careless towards them.  And we must quote that Jinne Jamme Saare Nikamme has perfectly encoded the impact of cinema on our lives.

And if we talk about the acting skills of the actors, the list of starcast makes it very obvious that each and every one of them are outstanding and need no justification for their work. But still if we have to bring out the best, we are once again impressed with the acting skills of Jaswinder Bhalla and Binnu Dhillon. Also, the character played by Deepali Rajput might not be the lead, but was surely very pivotal and beautiful.

We also need to make sure that the writer of the movie; Naresh Kathooria, has written a heart-winning script. The plot of the movie will touch your heart at many moments because this movie is not something which only had drama in it, rather it has put light on a topic which we all are going to relate in some or other ways.

The film is an outcome of hard work and commendable efforts, for which we appreciate it. But it could have been an outstanding one if the story had taken an unexpected turn with more details and wider storyline. The movie would surely be in our favorite’s list if more care was taken for the execution of the story. Since it was based on an emotional plot, a screenplay with more feelings and better music would have done justice to it.

Anyway, we consider Jinne Jamme Sare Nikamme as a must-watch and a beautiful movie, which has drama, comedy and emotions too. You should watch it, because there is a lot this movie is going to question you for. And as we already disclosed in the title, it is less about the reel story, but more about the need of introspection in our real lives. 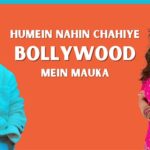 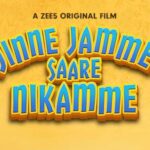