Rohini Singh, a female journalist known for her stance against the Modi government in the world of journalism, has complained to the police through her tweeter handle against a twitter user from Udaipur who threatened her of rape and muder.

Recently she tweeted where Rohini Singh Pleaded with IG “Dear @IgpUdaipur, this handle @KViayan is sending me rape and murder threats on Twitter DM. He is Udaipur based. Bringing this criminal to your attention @ashokgehlot51

It has been told in the complaint that a twitter user from Udaipur is constantly threatening her to rape and murder through direct messages. She has also tagged the tweet of this complaint to Rajasthan Chief Minister Ashok Gehlot.

It all began when Rohini tweeted in the favor of Farmers, and a user named KViayan start sending her rape and murder threats in the Twitter DM.

Udaipur police re-tweeted on her post where they wrote: “मामले का प्रसंज्ञान लिया जा चुका हैं एवम् दोषी की पहचान व तलाश की जा रही हैं” (The case has been processed and the identity and search of the culprit are being done) 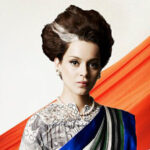 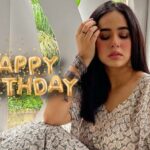