Today on the occasion of Republic Day of India, where the nation celebrated with pride, Kangana Ranaut once again bashed Diljit Dosanjh and Priyanka Chopra on twitter.

As we all know the farmers were allowed to hold rallies in Delhi against the Farmer Bill, and later the news channels and social media were flooded with pictures showing a sikh man raising a saffron flag on the red fort.

Kangana Ranaut used the opportunity to slam Diljit Dosanjh and Priyanka Chopra in her latest tweet.

She wrote, “You need to explain this @diljitdosanjh @priyankachopra

Neither Diljit, nor Priyanka has made any reply on Kangana’s tweet yet.

And talking about the sikh protesters who raised saffron flag on Red Fort, the rumors and news channels stated that they hoisted their flag by removing the Tricolor. But it was later confirmed that the news was false as the saffron flag was raised below the Tricolor. 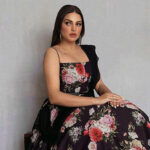 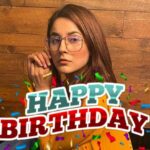