People love the stand-up comedian side of Kapil Sharma more, yet we all know that he is also a very good singer. Most of the friends of Kapil are from the Music Industry. In his initial years, Kapil used to sit with his friends, played guitar, and sung songs in his free time.

Long ago, Amrinder Gill randomly asked Kapil to do a chorus in his shows, and without any second thought he agreed.

Once, there was a wedding show in a village near Jalandhar. Amrinder Gill was on the way only, and even his announcer was with Amrinder Gill. Stage was ready and musicians were present there. Before anyone started objecting, to save the show, Dinesh asked Kapil to do anchoring, and Kapil did it really well. He managed to fill some time and entertained the audience. On the other side, Amrinder Gill’ car stopped working.

After all the wait, Dinesh then asked Kapil to sing. Kapil got nervous and resisted at first by saying that he never sung on stage, and takes singing as a hobby only. Dinesh insisted more, and kapil got convinced. As he was not prepared beforehand, he kept singing one ‘antra’ again and again. Soon, he realised that one car was reaching the location at full speed. Presuming it was Amrinder Gill’s car, Kapil took a breath of relief.

Only imagining the situation of Kapil brings big laughter to us. Stay tuned with us to know some other interesting stories of different celebrities. 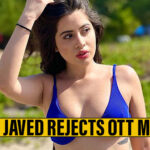 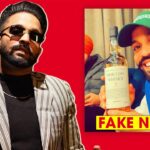