The craze for Karan Aujla and his songs are beyond description. We all know how popular he is among the fans of Punjabi music. He usually brings us new ideas to entertain his fans through his superhit tracks.And currently all the buzz among his fans and the internet is about his upcoming album.

There were rumors and expectations all around which said will be releasing his upcoming album on 16th May. Though there was no official confirmation about this till now.But recently Karan Aujla has opened up and spilled the beans about the viral rumors. He made it very clear that he is not planning to release his album on 16th. He also talked about how his fans are texting him and continuously asking about the album releasing on 16th May.

Here is what he said in the story,

He did not reveal the release date of the album even now, but revealed that there is something else scheduled for its release on 16th May. The fans might have confused the date 16th May and Karan Aujla’s upcoming album.

We know the fans were really excited about its release date which was not too far. But now though we have to wait for a little longer, all the excitement and love Aujla among all the fans makes it worth the wait. 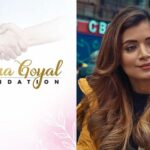 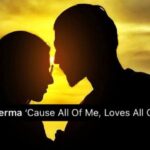