Finally! The day has come. Punjabi music fans are very happy. The only one Karan Aujla who finally announced the date of his long-awaited album. Perhaps one of the most anticipated albums in the Punjabi music industry, with the title BacDAfucUP.

This is the music industry giant’s first time releasing an album. The artist’s debut album will be released through the music label Speed Records.

The singer had shared the poster a few weeks ago and now he has revealed the release date of the song. The intro of the song will be released on June 17. He will be collaborating with Tru Skool as shown in his poster.

Singer has shared the poster and wrote,

Karan Aujla recently released a song titled “few days” and  it became an instant hit. As a result, now the fans are even more hyped for the release of BacThaFucUp in the Dirt. 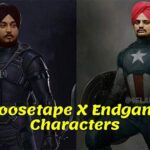 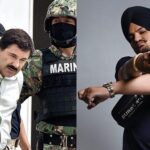