Top Bollywood Actress, Kangana Ranaut, who has an immeasurable burden of controversies on her back, has again found a way to land herself in legal trouble. The recently Padma Shri awarded actress was seen making a public comment regarding India’s freedom struggle and the freedom fighters who gave their lives so that we Indians can live free.

Kangana publicly said that the freedom that we got in 1947 was a ‘Bheekh’ (alms) and India got the actual freedom in 2014. Her comment was in reference to the fact that the Narendra Modi led BJP government came into power in 2014.

The comment did not go well with most of the audience or the public on social media. She was bashed by the public for making a ‘disrespectful statement’ for the freedom fighters of the country.

ALSO READ | I Have Always Raised My Voice Against ‘Khalistanis’ And ‘Jihadis’: Kangana Ranaut After Receiving Padma Shri

Now, Preethi Menon, the national executive chairman of the Aam Aadmi Party has filed a legal complaint against the actress for making the statements that he described as ‘derogatory’. He appealed to the Mumbai Police that a case of sedition should be registered against the actress under sections 504, 505 and 124A.

Previously, the actress also faced the heat of politician Varun Gandhi, who condemned her and tweeted that the statement should be considered an act of treason as it is a ‘betrayal’ to all those who shed the blood for the country’s freedom.

Though Kangana’s Twitter account is suspended on a permanent basis, she took it to her Instagram story to react to Varun Gandhi’s statement. She said that she was talking about the 1857 revolution, which led to more atrocities for the people of India and she also added that the 1947 independence was served to us as Mahatma Gandhi’s ‘begging bowl’.

The complaint process has been initiated by Preethi Menon and further actions of the Mumbai Police would confirm if Kangana is actually going to face a legal case for making those statements. We will keep you updated with the latest information about this case. 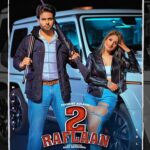