We have all come across hilarious memes of the little kid staring at you in a suspicious way. The internet is flooded with memes on the topic and it is without a doubt one of the most famous meme templates in the world. But did you know that the funny little boy has grown up and grown up so much that now he’s a State Champion!

The legendary meme boy, who has now become a state champion is actually a player named Dieunerst Collin. It was in 2013, that a funny vine video was posted on ‘Vine’ social media platform wherein Dieunerst Collin stands wearing a yellow t-shirt and holding a Popeye’s drink in his hands. What resulted in the photo becoming a legendary meme was the way Dieunerst was side-eyeing towards the camera.

The platform ‘Vine’ was discontinued by Twitter, its parent company, in 2016 but the legendary meme still lives on. But now, the meme boy has become a State champion in the sport Football. He represents the School team ‘East Orange High’, which won the title of the New Jersey State Champion in triple overtime on 5 December, 2021.

The photos of Dieunerst holding the trophy, imitating the legendary meme, went viral on social media. At the time when the legendary meme first came into existence, he was just 9 years old! His performance at the game received immense love and support from the audience and many described him as a star player!

If you would go on surfing the internet right now, it is impossible that you won’t find a meme on that template. It is simply one of the most viral templates in the world and the internet is flooded with memes on it. But nobody knew where the boy who actually created the iconic meme was! So here he is, a state champion, living his dream. 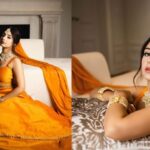 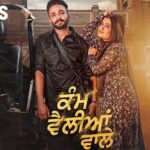