Rajat Kumar Madaan, who successfully duped many seasoned politicians in the past few years by calling himself the PA (personal assistant) of former Congress national president Rahul Gandhi, had been nabbed by cybercrime on 20th of November. Reportedly, he was arrested from Punjab where was actively hoaxing people along with his partner named Gaurav Sharma. As stated by the police, the duo successfully fooled a lot of politicians in recent years.

However, the cybercrime is now doing further investigation. As per the information, Rajat Kumar Madaan, who used to call himself the PA of Rahul Gandhi, is actually a fourth standard pass. Surprisingly, he and his partner Gaurav Sharma used to be active during elections. Reportedly, they used to demand a handsome amount from those eyeing candidature or even the sitting MLAs planning to contest again.

Though this time Madaan’s tricks didn’t work. As per the information, he was trying to fool some ticket aspirants of the Congress party in Gujarat, however, two of them found it suspicious and filed a complaint in cybercrime, after which both the frauds were successfully nabbed. Shockingly, while demanding money, they used to claim that the amount would go in the party fund.

Moreover, based on internet calls the two made to former MP Satyajitsinh Gaekwad and current council member Chandrakant Srivastava, the police started looking for the suspects. Additionally, the calls brought the police to Punjab, where they found Madaan – the fake PA!! The police officials doubt that someone close to Madaan is yet to be arrested who might have close connections with many politicians in the Congress party.

Talking more about their activities, the police officials stated that after duping the politicians, fraud Rajat Kumar Madaan used to open the bank accounts and his partner Gaurav Sharma used to deposit money into those accounts. However, now both are under police remand for 3 days and further investigation is ongoing. 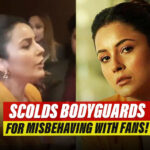 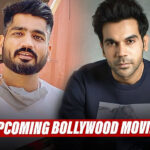