The rising cases of drug addiction is a matter of concern in Punjab. Moreover, the footage of a woman allegedly recorded in Maqboolpura, Amritsar, has gone viral as the border state struggles with drug addiction. In the video, the young lady can be seen standing in the middle of the road, struggling to even move a step.

Furthermore, the man who was taking the video can be heard clearly, speaking about the unfortunate condition of the locality due to drug addiction. Additionally, he is heard saying that the lady’s condition is due to the dose of smack she injected in her body.

Also read: Who Is Sachin Shroff? Actor To Replace Shailesh Lodha In TMKOC

However, Maqboolpura has even previously recorded numerous cases of drug addiction, and the local police force organised a lot of initiatives to combat it. Moreover, after this recent video went viral, the local police conducted search operations in the locality on Sunday. As per the information, three people have been nabbed and an FIR has been registered.

Meanwhile, Police Commissioner Arun Pal Singh stated that the Punjab government is fervently attempting to eradicate the issue of drug misuse in the state. “Instead of posting the video on social media, the person should have informed the police officials,” he further added.

“Since April 1, 483 cases have been registered under the NDPS Act, along with the arrest of 650 people. Without the public’s support, it’s impossible to eradicate drugs from Punjab. This area ‘Maqboolpura’ has been a hotspot of the cases of drug addiction”, said Arun Pal Singh, the police commissioner.

Eradicating the drug addiction from the state has been an all-time promise of various political parties in Punjab for years, however, the issue seems rising everyday. Moreover, with such cases arising, the challenge has increased further for the government. 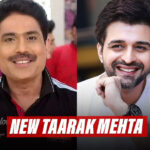