Bernard N Marak, the vice-president of Meghalaya BJP, has been arrested by the Uttar Pradesh police in Hapur, UP. He has been accused of running sex racket at his farmhouse in Tura. His arrest came out after the Meghalaya police issued a lookout notice against him.

Apart from 400 bottles of liquor, 500 packets of condom and even the contraceptive pills were recovered from Marak’s farmhouse during the raid. A tweet by The New Indian Express journalist Prasnata Mazumdar, reads:

The police reported that five kids who had been imprisoned at a Marak-owned resort in Tura were freed on Saturday. The police claimed that the location was being used as a “brothel,” and that the raid resulted in the detention of 47 young men and 26 women, many of whom were naked and drunk.

Meanwhile, Marak has defended himself, claiming that it’s a part of CM Conrad K Sangma’s political vendetta against him and that his life is in danger. However, Deputy CM Prestone Tynsong dismissed the claim and stated that the government permits the police to act as per the law. “Regardless of a party’s affiliation or if a person is a member of the government, the law is the law. Unpleasant incidents have occurred, and we will allow the law to run its course, “said Tynsong.

The Bharatiya Janata Party is the alliance partner of the NPP in Meghalaya Democratic Alliance (MDA) government of Meghalaya, led by CM Conrad K Sangma’s NPP. 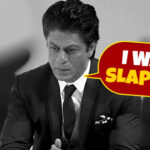 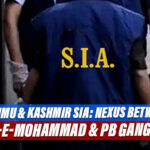