Kartarpur Sahib opened 2 days ahead of Gurupurab recently which was shut since March due to the COVID restrictions. Soon after the pilgrimage re-opened the Sikh pilgrims started visiting it to seek blessings. But what has happened recently that has been the reason for the community’s disappointment?

A Lahorite model has been in the sight of the people for her shoot for a clothing brand recently. She was seen bareheaded, flaunting the attire in front of the Darbar Sahib and this is the reason why the Sikh community has got displeased with her and her deeds.

The model was seen wearing the outfit from a store named Mannat Clothing and shot for the brand at Kartarpur Sahib and that too bareheaded. Soon after it got into people’s sight, they along with Sikh community have been demanding to take strict actions against her as this is the fresh reason for hurting the religious sentiments of the Sikh people.

However, later the clothing brand, Mannat Clothing, issued an official statement on their social media which says that they are not anyhow indulged in this shoot of the model and that the latter shared these pictures with them wearing their dress. “Mannat has absolutely no role in deciding how and where the pictures were taken but we accept that we should not have posted these pictures on our profile”, said the brand.

It is not the first time, earlier the Hindi Medium actress Saba Qamar also came into the light as she shot a dance video at a historical Mosque in Lahore and an arrest warrant was issued for the same. Where people are now demanding legal action against the model who shot at Kartarpur Sahib, the Focal Person to CM Punjab has already forwarded this issue to the concerned authorities for further legal actions. 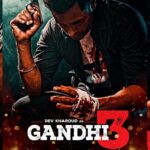 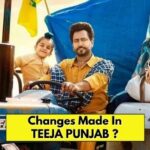