After battling with various obstacles, and rejection by Censor Board, Sidhu Moosewala’s debut movie Moosa Jatt is finally in the theatres of India. Yes, the most awaited and anticipated movie of Punjabi Cinema, Moosa Jatt has hit the theatres and has started impressing the fans.

If we have to conclude the movie’s review in a sentence or two, we would just say that Sidhu Moosewala’s debut in the field of acting deserves applause. Now, talking in detail about the movie, apart from Sidhu, it also stars other amazing actors like Sweetaj Brar, Mahabir Bhullar, Tarsem Paul, Sameep Singh and more. And just like Sidhu Moosewala, Moosa Jatt has also marked the acting debut of Sweetaj Brar. The both are seen sharing screens and playing romantic leads. Undoubtedly their chemistry won our hearts, but it could have been better if better screen space was given to Sweetaj too.

The story of Moosa Jatt revolves around the personal rivalry, hatred and a lot around the problems faced by the farmers in India. It starts with setting the plot with an orphan child Moosa who stays with his uncle and later gets to know about the death of his family which was caused due to Sangha. And what happens next is as expected; revengeful fights.

The first interval of the movie is solely dedicated to the story of Moosa and his uncle, but as the movie heads forward in the second interval, its focus shifts to the farmers’ problems including suicides and exploitation. Though the movie is an action crime drama, it also takes emotional turns at some moments where you will be left with a numb feeling and a heavy heart.

The movie doesn’t follow a specific storyline, but is more inclined towards highlighting the struggles of farmers. And as already revealed in the trailer, Moosa Jatt surely includes a lot of violence, action and bloodshed.

Apart from acting and the storyline, the movie also did a fair justice to our expectations from it’s music, cinematography and direction. The movie might not be way too over the top but is surely a smooth and light entertainer. And when we are talking about the detailed review of it, we must include the fact that we are all praises for the music of the movie, because not only its playlist is entertaining, but everytime the angry young man; Sidhu Moosewala makes an entry on screen, the background score will excite you like never before.

If you’re a Sidhu Moosewala fan, then we know that you were already waiting to watch him act on silver screens. And we assure that you won’t regret it. Despite the fact that he hasn’t acted before, he has done a very commendable job and his acting skills were way better than what we expected.

So, the overall outcome of the movie says that Moosa Jatt is surely worth a watch, but if you are especially an action lover and Moosewala fan, this movie will prove to be a great watch experience for you.

After we believe, all is great that entertains and excites the audience inside the theatre halls. 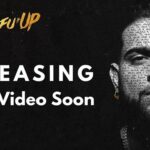 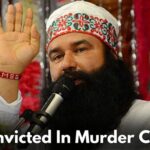