“From April 1 next year, no farmer or farm labourer in Punjab dies by suicide”.

This was the statement given by Delhi CM and AAP convenor Arvind Kejriwal on October 29, 2021 when a group of farmers met him and Bhagwant Mann during his Punjab visit. This statement influenced a lot of farmers and went viral on social media.

At that time, Mr. Kejriwal also promised farmers to pay them compensation for crop failure by April 30 if his party came to power in Assembly polls. “After April 1, 2022, no farmers or farm labourers in Punjab will die by suicide due to crop failure. This is my promise and Kejriwal does what he says,” he said on October 29, 2021.

But now, the opposition has slammed the AAP govt, CM Bhagwant Mann and Delhi CM Arvind Kejriwal on his old statement as 14 farmers have committed suicide in the past few days. PPC chief Amarinder Singh Raja Warring has tweeted:

A farmer committed suicide during the rally of Delhi CM Arvind Kejriwal, but he was busy giving his speech

14 farmers have committed suicide in Punjab since the formation of the AAP govt.”

According to the Bharatiya Kisan Union (Ugrahan), Sukhdev Singh (68) from Gurharsahai committed suicide on April 1, while on April 2, Prabhveer Singh (40) from Gurdaspur and Avtar Singh from Moga, ended up their lives. Avatar was under a debt of ₹3 lakh. On April 9, Ranjit Singh (45) from Moga, fed up with a debt of ₹80 lakh, swallowed sulphas and ended his life, meanwhile Amritpal Mehta (44) from Jalandhar, committed suicide on April 13

On the same day, Gurdeep Singh (28), a young farmer from Mansa Khurd in Bathinda, committed suicide due to debt of ₹3.25 lakh. On April 21, Randhir Singh from Bhagibandar village of Talwandi Sabo and on April 23, Manjit Singh (40) from Hoshiarpur, committed suicide.

“Since after coming to power, not a single AAP MLA has addressed the grievances of the farmers of Punjab. I think Mr. Kejriwal’s statement was an ‘April-fool prank’. This is the anti-farmer chronology of the Aam Aadmi Party”.

Now with the opposition slamming the newly elected AAP govt over the suicide of 14 farmers in one month of its tenure, new challenges are arising and the political pressure has been raising for CM Bhagwant Mann to fulfill the poll promises of the AAP. 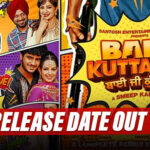 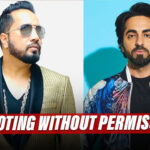