While the whole Punjabi industry was engrossed in announcing their albums, how can girls fall behind. Undoubtedly one of the most popular Punjabi female singers, Nimrat Khaira, has announced that she will soon be coming up with an album.

She held a Q&A session on her Instagram handle and the fans were very curious about her upcoming album. They flooded the question section with questions about her album, upcoming collaborations and suggesting her an appropriate title.

The outcome of the session was that Nimrat Khaira’s debut music album will be named ‘Nimmo’. One of the fans first asked about her journey from Nimrat Khaira to Nimmo. Nimrat is lovingly called Nimmo by her fans. Then it struck Nimmo’s mind. She hinted that she might name her upcoming album after the name earned by her through hard work and a gift from her fans to her, Nimmo. The album will be officially released in the month of September this year.

We also came to know that Nimrat Khaira will have many songs with Arjan Dhillon in the album. Almost the whole album is an Arjan-Nimrat collaboration, as revealed by Nimrat. One of the fans also asked when she will release a video song with Diljit Dosanjh. To which the singer replied that she’s already done an audio song with Diljit and only a video is pending.

Ending the Q&A session, she also gave some updates regarding her upcoming movies. The fans looked super excited for the Diljit Dosanjh and Nimrat Khaira starrer ‘Jodi’ which is undoubtedly one of the most awaited Punjabi movies right now. She also revealed that they will announce the release date and reveal the official poster of the movie ‘Je Jatt Vigad Geya’, another highly anticipated project of the year. 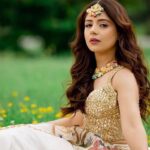 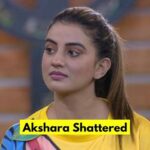