Nora Fatehi has been summoned again by the Enforcement Directorate (ED). According to the reports, the ED is looking into various people who are directly or indirectly related to the case involving Sukesh Chandrashekar, an accused in a bribery matter involving the Election Commission. As per reports, the questioning is a part of the investigation in a Rs 200-crore extortion racket.

Also, alleged conman Sukesh Chandrasekhar is under ED custody in the case. They had raided Sukesh and his wife’s house previously. ED has also said that Bollywood celebs are active participants in this entire case. Chandrasekhar had also been arrested in 2017 for allegedly taking money from T.T.V. Dhinakaran bribed Election Commission staff to get the ‘two leaves’ symbol of the AIADMK allotted to the Sasikala faction.

Moreover, Fatehi is the second actress to be summoned in the case. Previously, Jacqueline Fernandez was called for questioning in the same case. ED authorities had recorded Fernandez’s statement for five hours in late August. Her statement was recorded as a witness and not an accused. Jacqueline has been asked to appear as an actress by the investigating agency on 15 October.

The case is based on an FIR filed by Delhi Police’s Economic Offences Wing (EOW) against Sukesh and others over alleged criminal conspiracy, cheating, and extortion of about Rs 200 crore. 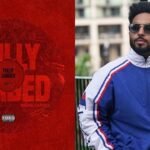 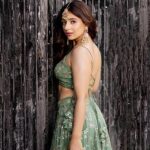