Margaret Alva,, the opposition’s candidate for the upcoming Vice-presidential elections, has claimed that she’s unable to send and receive calls since she spoke to some BJP leaders on phone. She also attached a photo of a message from MTNL, stating that the SIM card of the user would be blocked 24 hours within the suspension of the e-KYC.

After speaking to some friends in the BJP today, all calls to my mobile are being diverted & I’m unable to make or receive calls. If you restore the phone. I promise not to call any MP from the BJP, TMC or BJD tonight.

In another Tweet, she said that there’s a fear of “Big brother always watching you. Fear kills democracy.” Her tweet reads:

Though, the screenshot shared by Alva, looks similar to which the Delhi police shared earlier. On July 19, the Delhi Police issued an advisory warning citizens that the name and official logo of the MTNL is used to commit cyber fraud. On its official Twitter handle, Delhi police quoted:

There is a sharp spike in fraudulent incidents wherein

Margaret Alva spoke to Assam CM Hemanta Biswa Sarma, Delhi Chief Minister Arvind Kejriwal and Karnataka CM Basavraj Bommai, seeking support in the Vice-Presidential elections scheduled on August 6. After speaking to these CMs, Alva had said that she would approach UP Chief Minister Adityanath too. 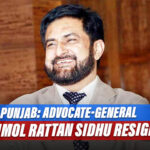 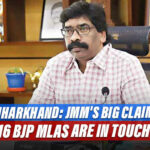