It wasn’t long before Parmish Verma had made the love of his life, Guneet Grewal public on his social media platforms. And now again he has shared another picture with her and has also shared a beautiful note dedicated to her. Parmish shared the post after the results of Canada elections were declared.

While sharing the photo, Parmish wrote in caption,

“Geet you have inspired young girls to dream big and not give up on what you believe in. You and your entire team proved that in 25 days you were able to pull off such a strong fight against all the odds. Thank you everyone who believed in you and Voted for you, This is not going to be our last election.

I have stood in front of crowds, sold out shows and packed festivals . But I have never felt as proud as standing next to you addressing everyone in your speech. I am nothing but PROUD of you Babe.

Earlier also Parmish had shared a picture with Guneet congratulating her when she was nominated as the candidate for the elections.

Immediately after Parmish made his relationship status public, his fans were surprised and equally excited. And the news also broke the hearts of many girls who were aspiring to marry their prince charming; Parmish Verma.

Anyways, if you don’t know who Guneet Grewal is and why she is actually all over the internet especially after Parmish’s revelation, you can check out our detailed story about her;

Who is Guneet Grewal? Is Parmish Verma married to Guneet? 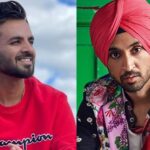 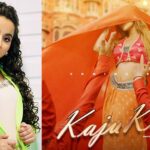