The second official visit of renowned political strategist Prashant Kishor at 10 Janpath has once again raised the political temperature across the country. Not only the journalists, but even the political opponents of the Congress party have been keenly having an eye on PK’s meetings with the Congress high command.

As per the internal sources of Congress, PK’s second meeting on Monday was not just about the upcoming assembly elections in Gujarat and Himachal Pradesh, as well as the next year’s state elections in Karnataka, Madhya Pradesh, Chattisgarh and Rajasthan, but also focused on a detailed roadmap 2024 parliamentary elections.

Amidst the news of PK joining the grand old party, he has once again met Congress chief Sonia Gandhi on Monday evening for a planning session on the upcoming assembly polls and the 2024 general elections.

This was their second meeting in three days. Mr. Kishor gave a detailed presentation on Mission 2024 on Saturday before the senior leadership of the Congress party.

Before this meeting, Congress president Mrs. Gandhi had a meeting at her residence with a party team that has been tasked with evaluating the Mission 2024 plan. The meeting was attended by her daughter and party General Secretary Priyanka Gandhi Vadra, and senior leaders Mukul Wasnik, Randeep Singh Surjewala, KC Venugopal, and Ambika Soni. The group is expected to provide a report on the matter within a week.

Congress has been given the rest of this month to respond to Mr. Kishor’s proposal, which incorporates a plan for the party to contest 370 seats in the 2024 general elections and strategic partnerships in certain states.

As per the news agency ANI, PK has suggested that the should Congress fight alone in Uttar Pradesh, Bihar and Odisha, and form alliances in Tamil Nadu, West Bengal and Maharashtra, to which former party president Rahul Gandhi has also agreed.

PK came into the national political picture in 2014 when he strategized Narendra Modi’s maiden prime ministerial campaign. Soon after, he severed ties with the BJP and went on to assist Janata Dal (United) chief Nitish Kumar in the 2015 Bihar assembly polls when the Mahagathbandhan (RJD + JDU + Congress) won with a thumping majority with 178 assembly seats in Bihar. He was the main strategist behind the Trinamool Congress (TMC) campaign in the 2021 West Bengal assembly elections, where the Mamata Banerjee-led party returned to power with nearly a three-fourth majority.

Though, not everyone in Congress is keen to have PK on board. Many leaders have expressed resistance considering his help to regional leaders Mamata Banerjee, Jagan Mohan Reddy, and K Chandrashekar Rao. But as per the sources, the Gandhi family is interested to have PK on board. 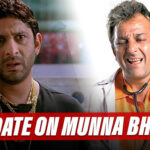 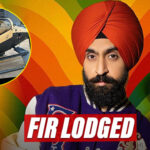