The AAP came up with a lot of poll promises during the elections. As per the AAP, the govt will fulfill each and every promise made to Punjabis, meanwhile the opposition has been continuously slamming the newly elected AAP govt over the delay in fulfilling its promises.

Amidst this political war of words, the BJP held a protest outside the District Administrative Complex over the alleged failure of the AAP government in fulfilling its poll promises. Leading a dharna, senior BJP & former minister leader Rana Gurmit Singh Sodhi lashed out at the AAP government, saying CM Bhagwant Mann and his party leaders had promised the “moon” before the elections, but had failed on all fronts.

“His leadership has been exposed and his own party MLAs are not happy with the functioning of the government. As many as 21 MLAs of the AAP are directly or indirectly in touch with me”.

“The government is being controlled by Delhi CM Arvind Kejriwal. It is a matter of shame that the Punjab CM has become a ‘puppet’ and is playing into the hands of Kejriwal,” alleged Sodhi.

He said AAP leaders had been making a hue and cry about sending the culprits of the Bargari incident behind bars, but they seemed to have forgotten it all now. “Nobody is talking about the Bargari incident now, which shows the AAP has fooled people,” said Sodhi. “The government has not been able to break the drugs nexus,” claimed the BJP leader Gurparvej Singh “Shella” Sandhu.

Raja Gurmit Singh Sodhi was a minister in the erstwhile Congress govt under the CMship of Capt Amarinder Singh, and was the MLA of the Congress party from Firozpur assembly constituency, who later joined the BJP before the elections. Since the formation of the AAP govt in Punjab, the opposition, majorly the BJP, has been lashing out the sttae govt on several issues. 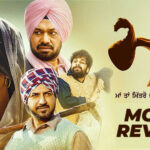 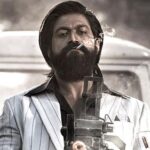