The number of stubble-burning incidents has more than doubled throughout the state over the past five days; as of today, there have been 8,147 instances, 1,111 of which were reported today. Up until October 22 there were 3,696 incidences of farm fires reported. Likewise, 279 cases were reported for the same period the year before, compared to 2,139 agricultural fires in 2020.

As claimed by the media reports of The Tribune, Sangrur, Patiala, Fatehgarh Sahib, Moga, Muktsar, Ferozepur, Bathinda, Ludhiana, Barnala, and Khanna districts have not yet harvested 50% of their paddy! Furthermore, it’s expected that additional occurrences of stubble burning are imminent, according to a senior official.

“The state will experience smog-like conditions because no rain is expected in the upcoming days,” said the officials. According to health experts, the evening air is already becoming more and more polluted, which can affect the eyes and cause sore throats.

Reportedly, on Thursday, there were 1,111 cases of stubble burning in the state; Tarn Taran, Sangrur, and Patiala accounted for 40% of those. Furthermore, according to the Punjab Remote Sensing Centre in Ludhiana, the state reported 8,147 farm fire occurrences between September 15 and October 27.

Subsequently, the figures from the centre show that there were a total of 6,742 stubble-burning occurrences registered during the same period in 2021. There were 18,657 such instances over the aforementioned time period in 2020. The statistics also revealed that 67% of these occurrences were recorded within the previous seven days.

According to the data, of the 1,111 agricultural residue-burning incidents reported on Thursday, Tarn Taran had the greatest number with 178, followed by Sangrur with 139, Patiala with 134, Ferozepur with 74, Fatehgarh Sahib with 67, Kapurthala with 65, and Ludhiana with 64. However, no cases of stubble burning were reported in Pathankot, while there were four and seven incidents, respectively, in the Shaheed Bhagat Singh Nagar and Rupnagar districts. 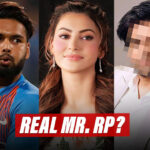 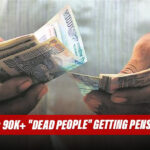