Renowned Punjabi singer Sidhu Moose Wala’s murder and Bishnoi gang’s alleged role into the brutal incidence, had already feared the masses all across the state. Now amidst the ongoing investigation and gangster Lawrence Bishnoi being under the custody of Punjab police, former deputy CM OP Soni has claimed of receiving a threatening call.

As per the police reports, the senior Congress leader and former deputy CM OP Soni has claimed that he received a threatening call from a gangster who demanded money and warned of facing dire consequences incase his demand isn’t met, after which, OP Soni filed a police complaint against the caller.

OP Soni is a senior Congress leader who served as a minister under former CM Captian Amarinder Singh’s ministry and then became the deputy CM of Punjab in under the CMship of Charanjit Singh Channi. Last month, on June 18 former Akali Dal MLA Amarpal Singh Bony from Ajnala constituency, had also registered complaint against some unidentified gangsters from whom he recieved extortion call, allegedly from a member of Bishnoi gang.

Meanwhile, gangster Lawrence Bishnoi is already under the custody of Punjab Police in Sidhu Moose Wala murder case. The High court has extended his remand by 5 days. 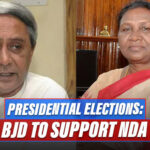 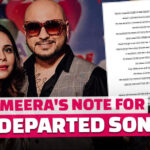