The government of Punjab, for the first time ever, has started the procurement of Moong Crop on MSP (Minimum Support Price), directly by the farmers at INR 7,275 per quintal. The Aam Aadmi Party govt had earlier announced to give MSP on Moong crop. Now this move is seen as a big relief to the farmers of Punjab. Chief minister Bhagwant Mann tweeted:

“Another great news for the farmers of Punjab.. The purchase of Moong Crop has been started by the Punjab government on MSP.. The amount will be paid directly to our farmer brothers in their respective accounts..

For the first time in the history of Punjab, Moong has been sown in more than 1 lakh acres of land.

This move is focused to enhance and encourage crop diversification. CM Mann earlier said that Moong cultivation would not only benefit the farmers but improve the quality of soil. The AAP govt has declared Markfed and cooperative societies as the state nodal agencies for moong procurement and storage as well as other logistic support for 2022-23. As per the notification issued by Punjab Mandi Board, 40 Mandis will be started till July 31 for the procurement of Moong.

As per the media reports, 4.75 lakh quintal of yield is expected this year. As per the govt, this step would save the groundwater and improve the health of soil, as well as generate an additional income for the farmers of Punjab. It will further lead to save around 10-20% of groundwater, said an official. Currently, Jagraon Mandi leads in the arrival of Moong crop across the state with 58% of the state’s moong crop arriving here.

As the direct benefit transfer is implemented by the Punjab govt, the payment will directly be transferred to the bank accounts of the farmers by Markfed. 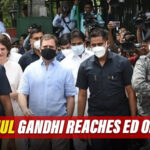 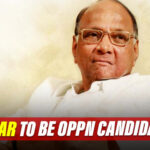