It’s been more than half of the year of the farmers’ protest. Each and everyone has had the same enthusiasm since then. On 26th June, farmers went to the governor of Chandigarh to put their demands, but Chandigarh police didn’t permit them and registered an FIR against him. These were farmers leader Baldev Singh Sirsa, Rajinder Singh Deep Singh, Singer Jass Bajwa, Gangster turned activist Lakhvir Singh aka Lakha Sidhana and Punjabi actress Sonia Mann.

Moreover, other cases have been registered against Singer Jass Bajwa and actress Sonia Mann as they were part of the protest march.

Meanwhile, during the farmers’ march in Chandigarh, a vast number of farmers, farm activists and leaders of Bharatiya Kisan Union (BKU) were attacked by lathi charge and water cannons at barricaded Sector 51-52 road. Many people skipped over the barricades, faced the police’s lathis and broke through the water cannons to march ahead. Also, The police tried to stop the farmers at the Aroma lights but were unsuccessful. 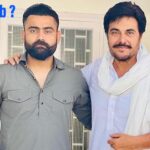 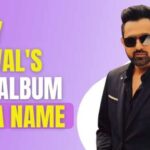