The Rajya Sabha polls for 4 RS seats in Rajasthan has turned into an interesting political battle between the Congress and the BJP, after Dr. Subhash Chandra filing his nomination as an independent candidate and BJP supporting him. He contested the Rajya Sabha polls from Haryana in 2016 and won due to the dismissal of the votes of 16 Congress MLAs.

This time, Subhash Chandra has entered the political battle of Rajya Sabha from Rajasthan as an independent candidate with the support of BJP. Congress leaders claim the support of 126 MLAs, including 108 from the party itself. It needs 123 MLAs to win three seats. While the BJP has 71 MLAs and its first candidate Ghanshyam Tiwari is set to win easily, still the votes of 30 MLAs would be left with the BJP, which are expected to go in favour of Dr. Subhash Chandra.

On the other hand, after winning two seats, the Congress party would be left with 26 votes for its third candidate. The INC claims of getting support from the independent MLAs as well, who are supporting the Gehlot govt and present in its “badebandi” at Udaipur’s resort, 6 MLAs have reportedly denied to go to Udaipur. On the other hand, former PPCC chief and senior leader Sachin Pilot has left for Delhi where he will be having a crucial meeting with the party leadership.

Amidst this, the BJP too has now decided to send its MLAs to a resort. Though the party claims that it’s a “training camp” for the MLAs on how to cast their votes in the Rajya Sabha Elections to be held on June 10. The Congress has fielded – Mukul Wasnik, Pramod Tiwari and Randeep Singh Surjewala as its Rajya Sabha candidates from Rajasthan, while the BJP has fielded Ghanshyam Tiwari as its first candidate and supported the independent candidate Dr. Subhash Chandra with its 30 leftover MLAs.

With this entire game of numbers and political tussle going on between the Congress and BJP, the Rajya Sabha polls in Rajasthan have turned out to be crucial and interesting. 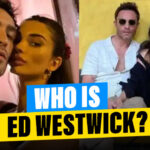 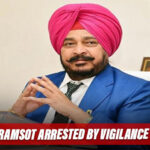