Popular Punjabi singer Ranjit Bawa has impressed his fans with his vocals and recent strong statements on Farmers Protest.

The singer is now ready to entertain his fans and admirers once again with his upcoming song ‘Kinne Aaye Kinne Gaye- part 2’.

Ranjit Bawa recently shared a video on his Instagram account in which is seen in a recording studio with lyricist Lovely Noor and music producer M.Vee. In the video, three of them are seen having a fun session and talking fun.

In the same video, the trio has announced their upcoming song which will be a part 2 for their already superhit track ‘Kinne Aye Kinne Gye’.

Lovely Noor and M.Vee also shared the same video on their Instagram accounts too. The trio has also worked together in its part one and are ready to make their comeback once again.

Their caption to the video claimed the track will be different this time, as they wrote,
‘Bhut alag cheej hou es vaar’

The fans are super excited for this song and its part 1 was a hit and won millions of hearts. For now the official release date of Kinne Aye Kinne Gye is not out yet but we will update you with the information as soon as we get it. 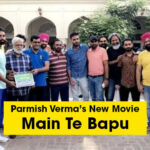 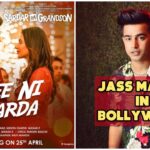