Another big album is going to make its mark in the Music Industry and it is Ranjit Bawa’s upcoming album ‘Ve Geetan Valya’. The title track of the album has officially been announced and it is going to be released super soon.

The artist took to his social media and shared a poster along with a note. He wrote that he tried some songs in different styles which will not only delight his fans but the singer too. Moreover, from the post, we can see that songs from the album are penned by Bir Singh, Charan Likhari, Beat Minister, Mandeep Maavi, Lovely Noor, Jassi Lohka.

Also, music will be given by Jassi X who is popularly known as Jassi Oye, Nick Dhammu, GurmoHH, M.Vee and many others. The release date and title track are not yet revealed but we hope that the singer will not keep us waiting for too long.

This will be Ranjit Bawa’s fourth album after Mitti Da Bawa, Ik Tare Wala and LOUD. All the previous albums of the artist have been massive hits. Mitti Da Bawa specifically is regarded as one of the best in the industry. Fans have huge expectations from Ranjit with his upcoming album and we are sure he is not going to disappoint them.

Seems like the singer is on a roll. A couple of days before, Bawa teased his fans as he announced the release date of his upcoming Khao Pio Aish Karo.

Now, all we can do is to wait as the album will be releasing super soon and we hope it arrives on the music charts before the release of his movie. 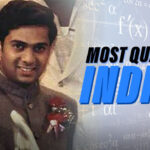 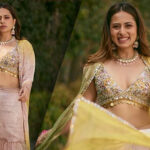