The internet and fan pages on social media were flooded with news about the removal of Bohemia and Sidhu Mosoewala’s song Same Beef from YouTube. The song suddenly disappeared from YouTube on 29 November 2022, and it stated that the video has been removed due to a copyright claim by J. Hind. And now, J. Hind has finally released an official statement regarding the same.

After the news made headlines and went viral, J. Hind decided to finally break the silence and give fans answers to their questions. The artist made it clear that the song was not removed due to his personal issues with any song or artist, but has been taken down due to legal reasons and his battle with Saga Music.

Also Read: ‘Asked To Use 1 Pic’: Sidhu’s Father Takes A Dig At Industry People As He Talks About Burna Boy

J. Hind shared a story after the matter hyped up on social media. In the story, J. Hind released an official statement breaking the silence on the removal of the super hit song from YouTube. The statement reads, “Due to legal reasons multiple videos which I am in or have worked on have been taken down by my legal team until matters with Saga Music are resolved.”

He also went on to add, “I pray these matters are fixed soon. We have been fighting for freedom for far too long now. We hope all is solved quickly and the videos are back soon.”

In another story, J. Hind also released a list of all the songs taken down from YouTube. He revealed Kaddi Kaddi, Ek Din, Same Beef, Phir Ek Tera Pyar, Nishana and Attitude (pending) are removed from YouTube. And the story mentions, “This is not against any song or artist, this is regarding Freedom & Fairness in our 2 year battle against Saga Music and Sumeet Singh.”

J. Hind also released a statement in an exclusive conversation with the Kiddaan team. He stated, “All projects which I had done for Saga Music and their affiliate YRF are under current legal proceedings. As Saga Music has continued to treat artists unfairly its time to utilize the law and the court system to make them feel the pain that they make many artists feel for quite some time now. Not just Same Beef is down….5 to 6 songs are down as of now in last few days.. Kaddi Kaddi, Nishana, Same Beef, Ek Din, Phir Ek Tera Pyar. and in a few days Attitude by Raman Romana are some of them.”

Also Read: Prabhas Went Down On Knees To Propose Kriti Sanon? Couple To Get Engaged Soon

J. Hind also talked about Sidhu Moosewala in his statement when asked how Sidhu would feel about all this, J.Hind answered, “Sidhu Bhai was in support of me even in his last post and his spirit is supporting us even now. As Sidhu always taught us…Never Fold Never Backdown.”

All the fans who were stressed due to the removal of Bohemia and Sidhu Mosoewala’s superhit song Same Beef have now got an official clarification by J. Hind. Now, everyone including J. Hind and the fans is praying for a quick resolution of the problems so that the songs can be made available again. 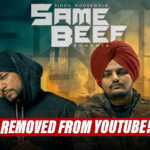 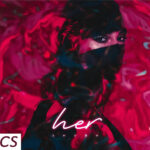