Jasmine Sandlas is one of the much loved and prominent artists of Punjabi Music Industry and so is Gur Sidhu. Recently they were seen teasing the fans with their upcoming collaboration through Instagram posts.

And now, the singers have updated the fans with the title and release date of the same. Titled Bamb Aagya, the collaborative track of Jasmine Sandlas and Gur Sidhu will be released under the label and on the official YouTube channel of Brown Town Music on 21 April.

Coming to the credits, the lyrics of Bamb Aagya have been penned by Kaptaan and its music has been given by Gur Sidhu himself. The video of the upcoming track has been directed by Garry Bhullar and is produced by Nav Sandhu. In the poster, both Jasmine and Gur are posing and it’s the picture from the same set that were used to tease and update fans with the collaboration.

Also Read: Do You Know Jasmine Sandlas Has Also Sung A Telugu Song?

All the Sandlas and Sidhu fans seem quite excited about this collaboration as their comments filled with excitement can be easily spotted in the comment section of the artists’ posts.

Bamb Aagya will mark the first collaboration of Jasmine Sandlas and Gur Sidhu with each other. Since its name suggests the track will be no less than a bomb, we are waiting for its release to witness how well the track justifies to its promising title. 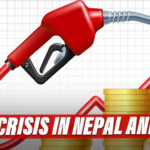 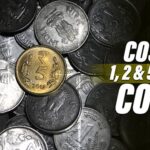