RJ Happy Singh has given the Punjabi community all over the world another reason to be proud of. Professional Punjabi mountaineer RJ Happy Singh has successfully completed his expedition to the summit of Mount Kun. Mount Kun is the second-highest point in the Ladakh Region.

Mount Kun is a part of the Himalayan Mountain Massif ‘Nun Kun’. It includes two peaks, Nun and Kun, both of which are the highest and the second highest points in the Ladakh region. The Nun peak elevates to 7135 meters while the neighbouring Kun peak, that’s been conquered by Happy Singh, elevates to 7077 meters.

The other 8 had to give up the climb due to issues like oxygen deficiency, blood coming from mouth, high fever and deep wounds. Sharing the happiness of making it to the top with his people, RJ Happy Singh also revealed about his future expeditions. He called Mount Kun his ‘pre-everest’ expedition and now wishes to conquer the ‘Goddess Of The Universe’, the highest point on earth, Mount Everest.

The Singh assured his people that he would soon conquer one of the toughest peaks in the world, Mount Everest, regardless of the death ratio, weather and the freezing cold of the mountain. Mount Everest has an elevation of 8848 meters and has the worst death ratio out of all the mountains of the world. 145 people have successfully made it to the top and if Happy Singh achieves his dream, he will be the 146th man on earth to conquer the peak. 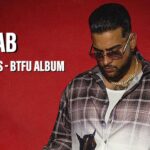 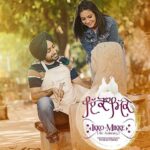